Department of Kinesiology and Health Education

Movement towards a healthier life.

The Department of Kinesiology and Health Education has as its mission to enhance health and quality of life through innovative research, community engagement and by educating future leaders in health promotion, exercise science, physical culture, and sport. This report provides an update on our efforts to achieve this mission.

Of particular note is the hiring of three new faculty: Sophie LaLande, Miguel Pinedo, and Liesl Nydegger. Each of these faculty do much to help us achieve our mission. Dr. LaLande brings a critical expertise in pulmonary physiology that compliments our existing faculty in cardiovascular and metabolic systems. Our new Health Education faculty significantly increase our impact on health disparities. Dr. Pinedo brings expertise in migrant health, while Dr. Nydegger works in urban areas to reduce HIV risk in women. Together, these new Assistant Professors further our commitment to improve the health of all Texans. As you read this report you will see these efforts and the efforts from the rest of our faculty and students to achieve our mission! 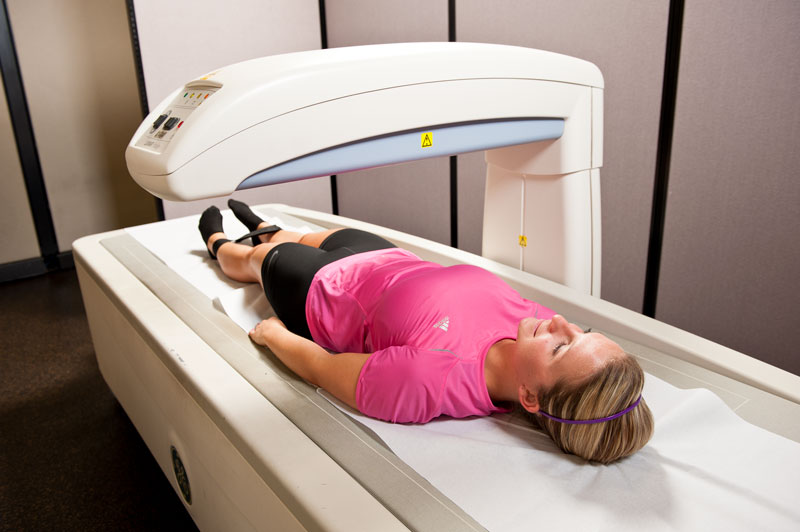 Minor in Kinesiology and Health Education

We are consistently ranked among the top in the nation and the world. We are recognized by many as one of the best programs for research and health education and kinesiology studies.

The Hall of Honor recognizes faculty, alumni, and friends of the Department of Kinesiology and Health Education who have made significant contributions to their professional field. 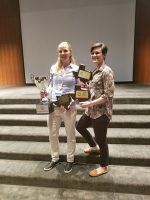 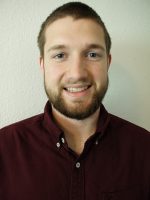 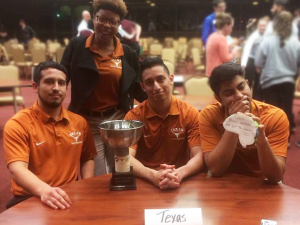 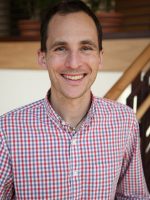 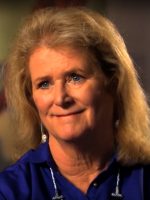 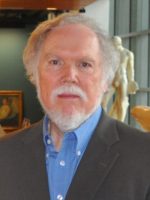 Jan and Terry Todd
were inducted into the International Sports Hall of Fame. 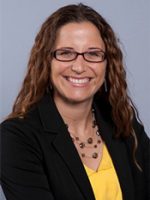 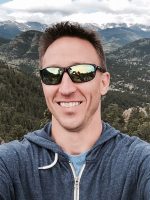 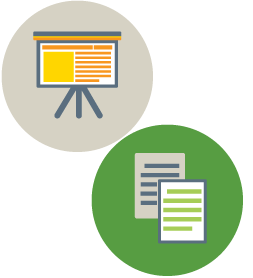 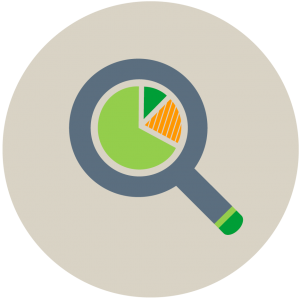 The total amount of research expenditures for 2017-2018 was 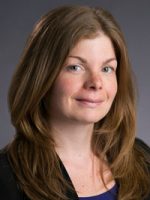 Julie Maslowsky was chosen as a William T. Grant Foundation Scholar for her project “Preventing Unplanned Repeat Births to Hispanic Teens.” She also received a five-year K01 Career Development Award from the National Institute of Child Health and Human Development.

Tres Hinds is a Graduate Research Assistant on Alexandra Loukas’ Tobacco Research and Evaluation Team. She researches tobacco use among young adults and other lifestyle factors that affect health outcomes with a particular interest LGBTQ+ health disparities. She studies why LGBTQ+ young adults exhibit a disproportionate tobacco burden compared to their heterosexual and cisgender peers. 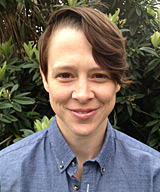 What are some of your methods for studying tobacco use?

Using mixed methods lets me get creative about how to address various research questions. One-on-one interviews are invaluable in understanding the first-person experiences of hard-to-reach groups that are often excluded in research. On the other hand, I think quantitative statistical methods are a fascinating way to distill large amounts of data down to easily understandable trends. Right now I am gaining experience with mixture models and latent models and loving it.

What are some of the reasons LGBTQ+ youths face a disproportionate tobacco burden?

Most studies relate the disproportionate tobacco burden to stressful experiences of being part of marginalized and stigmatized groups, such as sexual and gender minorities. There is also evidence that the community is more accepting of tobacco use, presumably due to the stressors of this marginalized status and the need to engage in coping mechanisms. Lastly, there is a rich history of targeted marketing to the LGBTQ+ community by tobacco companies, a demographic they know uses tobacco at much higher rates than most other groups.

What are some of the interventions that you’re exploring for this issue?

Most of my work so far has been exploratory and descriptive. Part of this included an informal evaluation of the first LGBT-focused tobacco cessation campaign from the Food and Drug Administration (FDA). In my postdoctoral work I hope to actually move into intervention implementation, which will include culturally-relevant and tailored components and messaging.

Is there anything to note about traditional tobacco products (eg cigarettes) vs ENDS in LGBTQ+ populations?

Like many young adults, many LGBTQ+ young adults find e-cigarettes appealing. Public health officials interested in harm reduction do point to e-cigarettes as a potentially valuable tool for curbing the morbidity and mortality related to combustible (cigarettes, cigars) tobacco use, but their long-term health consequence are unknown. Furthermore, the evidence so far generally points to allowing users to maintain a dual habit (on both e-cigarettes and cigarettes) – and remain addicted to nicotine . I would like to focus on intervention efforts that eliminate nicotine addiction in LGBTQ+ communities and instead focus on health-enhancing coping skills and tools for navigating stress.

Kinesiology and Health Education students interned at organiztions throughout the U.S. this year. 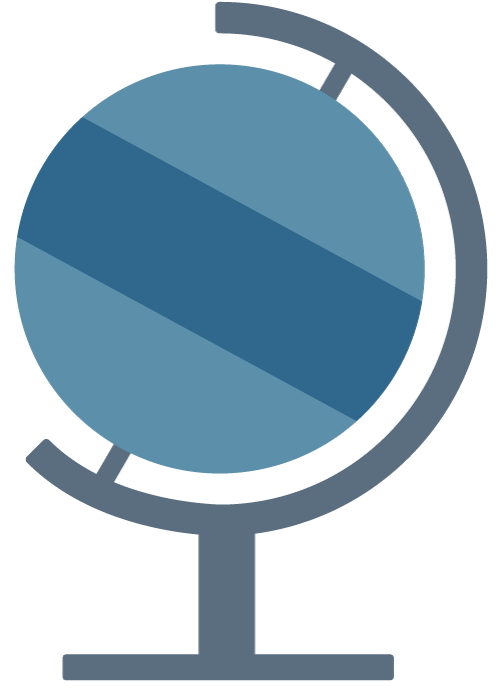 Alumnus Nate Boyer,  B.S. ’13, discusses how his experiences as a U.S. Special Forces Green Beret, University of Texas Longhorn and NFL player led him towards activism. 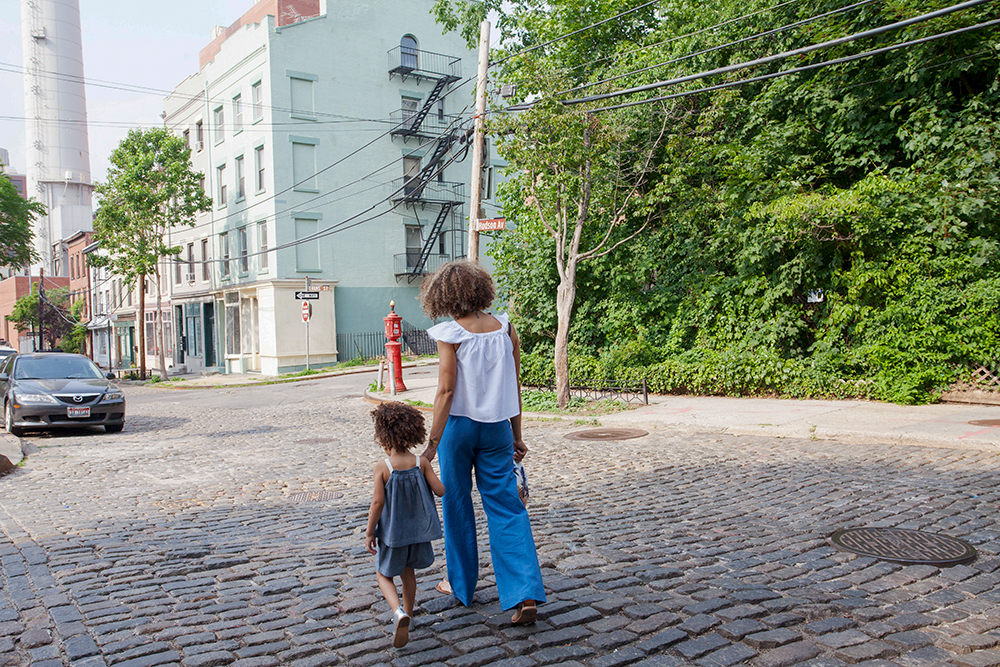 A Holistic Approach to Preventing HIV in Women at Risk

Despite a significant decrease in new HIV/AIDS infections, high-risk populations are not receiving sufficient resources to protect themselves against infection. Liesl Nydegger is working with these local communities to find life-saving interventions.

You've Got to Move it Move it

Physical activity in childhood has health and cognition benefits that last a lifetime. 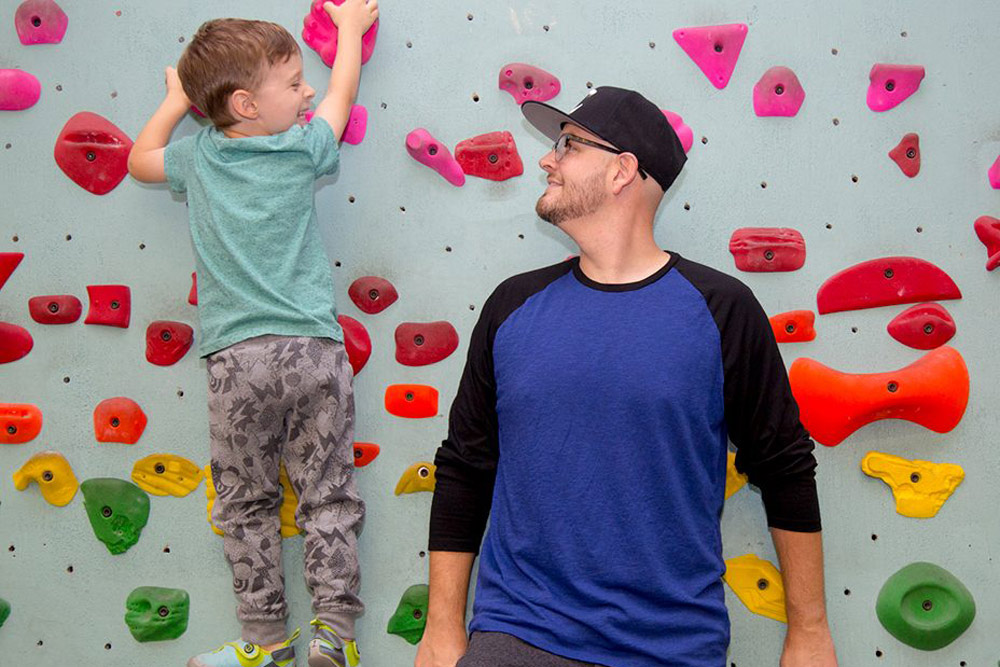 How to Choose a Sport for Your Daughter or Son

Matt Bowers, a clinical assistant professor in sport management, offers advice to parents who are trying to choose a sport for their child to participate in.

Why We Need Ethics in Sports

Society tends to put professional athletes on a pedestal – casting them as idols and role models. In reality, professional sports can serve more as a mirror to society, but are not always held to the same standards. 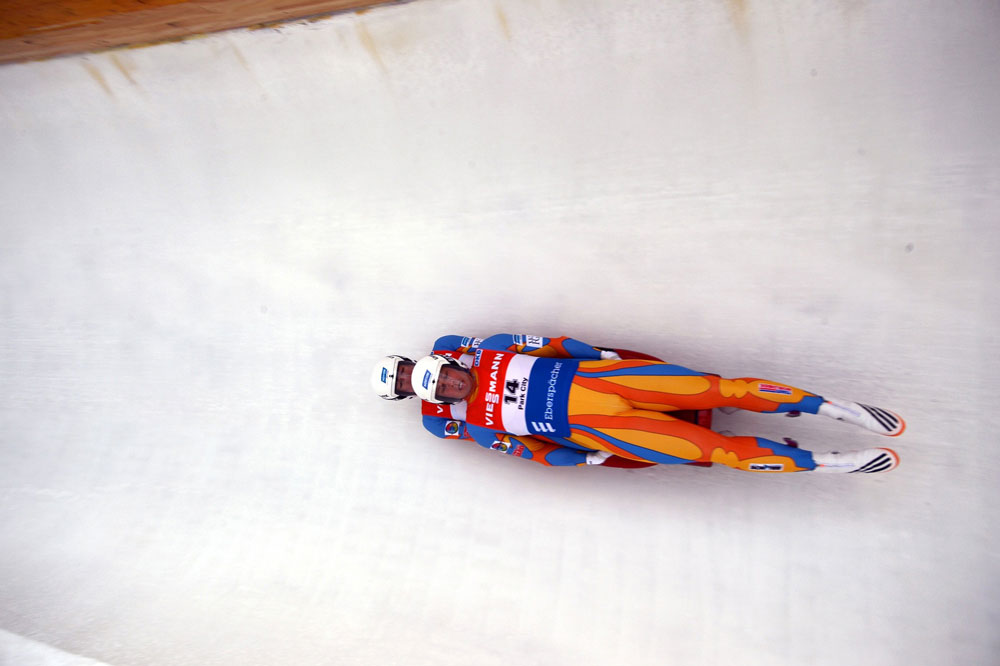 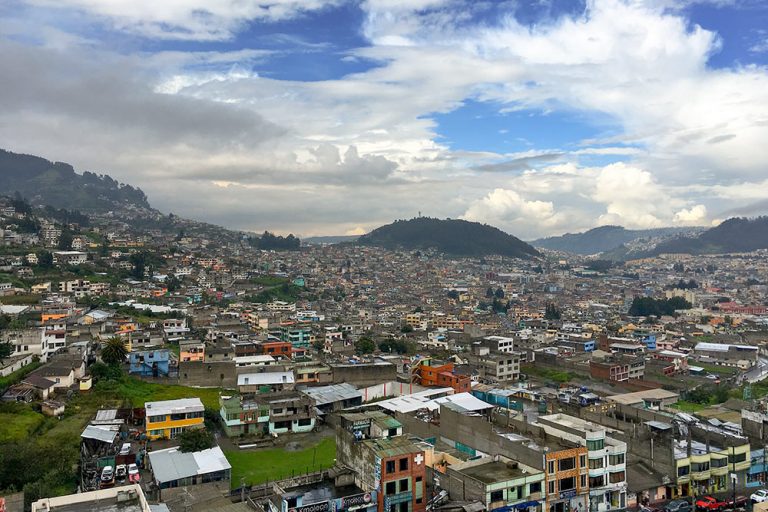 The postpartum period is a key window of opportunity for health education. Various health issues may arise after mothers and newborns leave the hospital.

Terry Todd Interviewed about the Legacy of Andre the Giant >>

In Memory of Terry Todd

Terry Todd was a writer, academic, journalist, champion lifter, coach, sport promoter, director of the Arnold Strongman Classic, and founder, with his wife, Jan Todd, of the H.J. Lutcher Stark Center for Physical Culture and Sports at the University of Texas at Austin.

Todd died in Austin on July 7, 2018. He is survived by his wife, Jan; his sister Connie Todd; his nephew Timothy Todd Ray and wife Sheri Graner-Ray; and his “adopted” son, Mark Henry, wife Jana Perry Henry, and their children, Jacob and Joanna.

Read a Tribute to Terry Todd 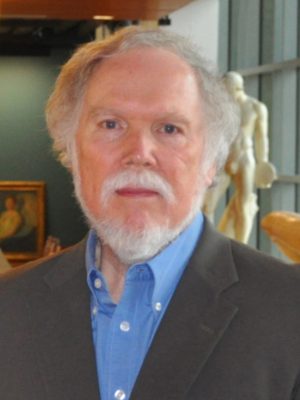 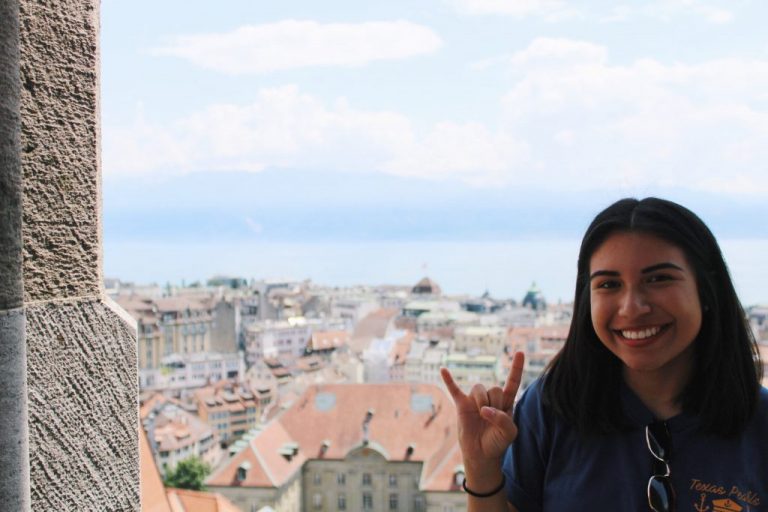 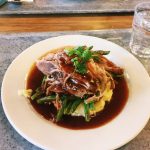 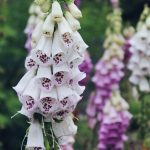 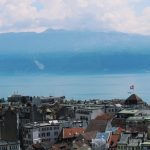 Sarah Chavez, a Sport Management major, was one of several students who participated in a sport law class at the Université de Lausanne in Switzerland. This excursion, led by Associate Professor Thomas Hunt, gives students the opportunity to explore Lausanne, visit places and events that relate to the curriculum, and attend class in a new way.

The Life of a Texas Legend

The H.J. Lutcher Stark Center honors Clyde Littlefield with an interactive timeline, highlighting achievements and moments throughout his life. Littlefield was the head of track and field at the University of Texas at Austin, as well the football coach for the Longhorns. 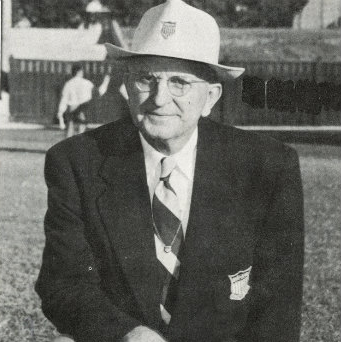 This year marked the 37th annual Alderson Lecture and Award celebration. This ceremony honors graduate and undergraduate students who have received awards and scholarships.

Alumnus Nate Boyer, B.S. ’13, was the keynote speaker. Boyer is a former Green Beret, serving in Iraq and Afghanistan for several years before becoming a walk-on Longhorn football player. He gave his talk titled “From Darfur to DKR: How the World Changed Me“

This monthly lecture series features faculty from the Department of Kinesiology and Health Education as well as speakers from other colleges and universities. Topics included sport history and culture, health and behavior, and physical fitness. Talks were open to the public.

These faculty were employed during the 2017-2018 academic year. 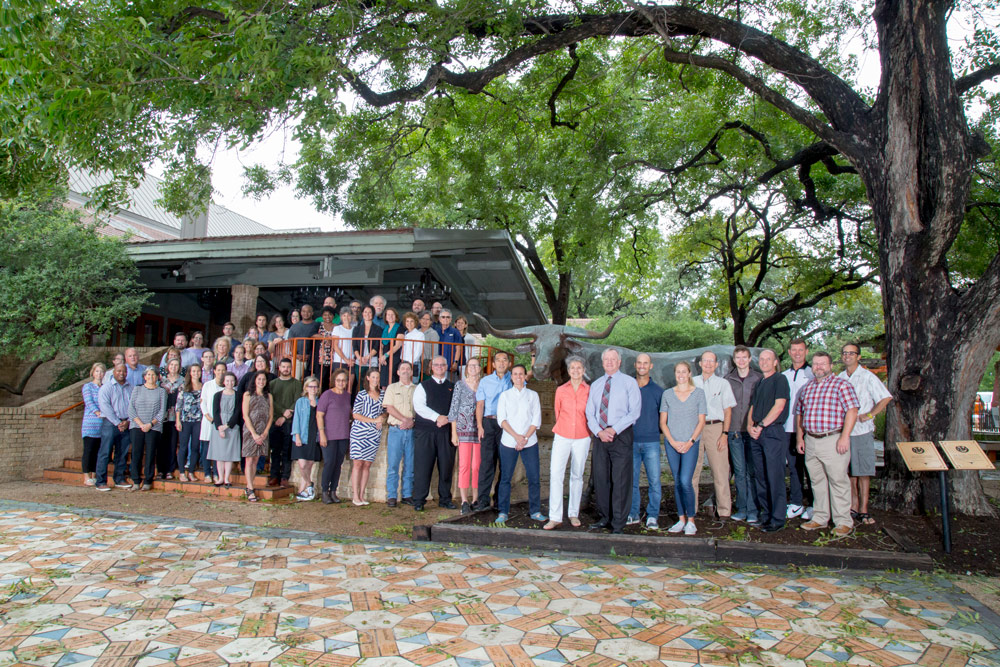 Thank you for another great year!

Our accomplishments were achieved with the help of our tremendous faculty, staff and students.

*Some information in this document may not be an accurate representation of the current state of our department. Links in this section may bring you to current and updated pages.